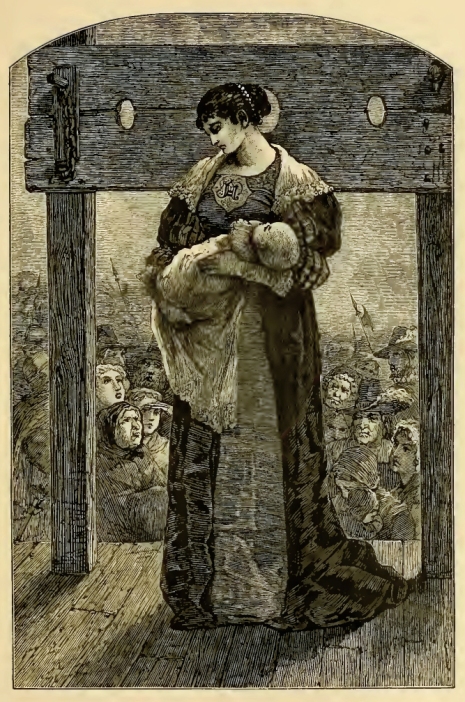 In the April 1886 issue of The Atlantic Monthly Julian Hawthorne, son of Nathaniel, reviewed his father’s The Scarlett Letter. Towards the conclusion of his stunning, 9,000+ word essay, the younger Hawthorne reflected on the moral irony of  Hester Prynne’s world:

This [the scarlet A] is her punishment, the heaviest that man can afflict upon her. But, like all legal punishment, it aims much more at the protection of society than at the reformation of the culprit. Hester is to stand as a warning to others tempted as she was: if she recovers her own salvation in the process, so much the better for her; but, for better or worse, society has ceased to have any concern with her.

“We trample you down,” society says in effect to those who break its laws, “not by any means in order to save your soul,—for the welfare of that problematical adjunct to your civic personality is a matter of complete indifference to us,—but because, by some act, you have forfeited your claim to our protection, because you are a clog to our prosperity, and because the spectacle of your agony may discourage others of similar unlawful inclinations.”

But it is obvious, all the while, that the only crime which society recognizes is the crime of being found out, since a society composed of successful hypocrites would much more smoothly fulfill all social requirements than a society of such heterogeneous constituents as (human nature being what it is) necessarily enter into it now.